About the Suburb of Hillcrest

The suburb of Hillcrest is situated within Logan City, Queensland, Australia.  Hillcrest lies 24km (15 miles) south from the Brisbane GPO to the west of Browns Plains and was originally part of that suburb. It is bounded by Johnson Road, Mount Lindesay Highway, the interstate railway and Coronation Road to the south. It was gazetted as a place name in June 1987 and named as a suburb in August 1991.  As the name suggests, part of the suburb is on the crest of a hill. The Wineglass Water Tower (named for its shape) on the top of the hill is visible for many kilometres and is illuminated at night.

Suburbs that surround Hillcrest are Larapinta and Forestdale to the West, Parkinson to the north, Drewvale to the north-east, Browns Plains to the east, Boronia Heights to the south and Regents Park to the south-east.

The Hillcrest post code is 4118 which it shares with Browns Plains, Forestdale, Heritage Park and Regents Park.

If you are thinking about visiting Logan City then check out the Visit Logan website for some ideas.  Of course a visit to The Really Good Book Shop at Shop 4/1-3 Central Court, Hillcrest is a must :)

Only a fraction of our

use the offline search

if the book you want

is not listed yet. 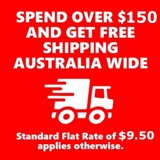