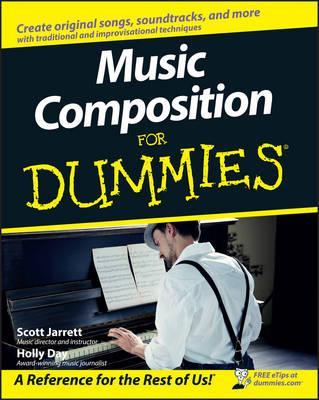 By: Scott Jarrett and Holly Day

Want to turn that haunting tune in your head into an awesome sound in your ear? You can! Music Composition For Dummies demystifies the process of composing music and writing songs. It guides you through every step of writing your own music, from choosing the right rhythm and tempo to creating melodies and chord progressions and working with instruments and voices. In this fun and practical guide, you'll learn how to match keys and chords to the mood you want to convey, work a form without limiting your creativity, and hammer out a musical idea, even when your mind is drawing a blank. You'll find out how to create popular songs, classically structured pieces, and even film, TV, and video game soundtracks. And, you'll learn what you need to know about music composition software, including Finale, Sebelius, Pro Tools, and more. Discover how to:* Preserve and organize your musical ideas* Work with established chord progressions or create your own* Develop great rhythms* Select the right instruments* Find melodies in your head, your instrument, and the world around you* Use major and minor scales* Work with modes and moods* Build melodic motifs and phrases* Use the circle of fifths to harmonize* Write for multiple voices* Make a demo recording Filled with creative exercises to build your composing skills, Music Composition for Dummies is the resource you need to get that melody out of your head and into the world. Table of Contents: Introduction. Part I: Basics and Rhythm. Chapter 1: Thinking Like a Composer. Chapter 2: Tools of the Trade. Chapter 3: Musical Scrapbooks: Writing on Paper and Screen. Chapter 4: Rhythm and Mood. Part II: Melody and Development. Chapter 5: Finding Melodies Where You Least Expect Them. Chapter 6: Scales and Modes, Moods and Melodies. Chapter 7: Building Melodies Using Motifs and Phrases. Chapter 8: Developing Your Melodies. Part III: Harmony and Structure. Chapter 9: Harmonizing with Melodies. Chapter 10: Composing with Chords. Chapter 11: Composing from the Void. Chapter 12: Beginnings, Middles, and Endings. Chapter 13: Musical Forms. Part IV: Orchestration and Arrangement. Chapter 14: Composing for the Standard Orchestra. Chapter 15: Composing for the Nonstandard Orchestra. Chapter 16: Composing for Multiple Voices. Chapter 17: Composing Commercial Music and Songs. Chapter 18: Composing Electronic Music. Chapter 19: Composing for Other Musicians. Part V: The Part of Tens. Chapter 20: Ten Composers You Should Know About. Chapter 21: Nine Career Opportunities for Composers. Chapter 22: Ten Recommended Books for Composers. Chapter 23: Ten Periods of Music History to Explore. Appendix A: Modes and Chords Reference. Appendix B: Glossary. Index. About the Authors: Scott Jarrett is a musician and producer who has worked with numerous artists, including Willie Nelson, Fiona Flanagan, Mary Klueh, and Keith Jarrett. He has served as music director for many live theatrical productions including the Broadway production of The Best Little Whorehouse in Texas. He currently runs Monkey House recording studio in Hudson, Wisconsin. He has released two original albums, Without Rhyme or Reason and The Gift of Thirst. He has taught music theory, composition, production, and/or recording at the Full Sail Center for the Recording Arts in Orlando, The Acting Conservatory in Nashville, and McNally-Smith School of Music in St. Paul, Minnesota. Holly Day is a music journalist whose articles have appeared in publications all over the world, including Computer Music Journal, ROCKRGRL, Music Alive!, Guitar One, and Mixdown magazines. Her writing has received an Isaac Asimov Award, a National Magazine Award, and two Midwest Writer's Grants. She is co-author of Music Theory For Dummies (Wiley). 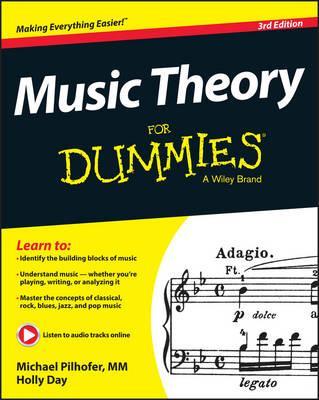 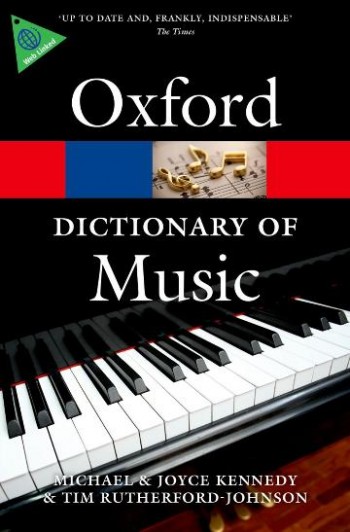 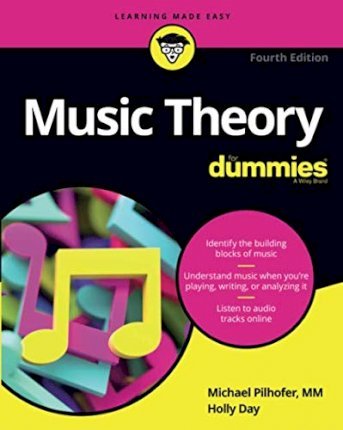