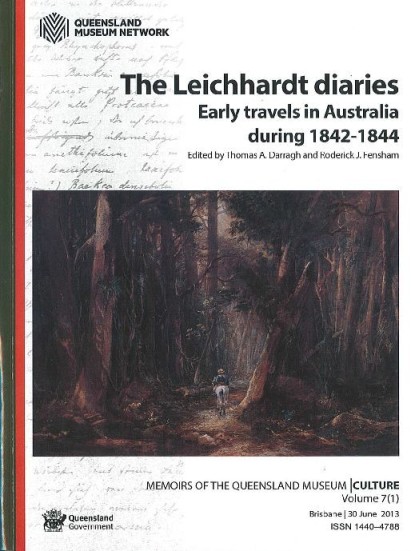 The Leichhardt Diaries: Early travels in Australia during 1842-1844 Ludwig Leichhardt ***Temporarily Out of Stock***

By: Edited by Thomas A. Darragh and Roderick J. Fensham

The first printed English translation of the German explorer and scientist Ludwig Leichhardtâ€™s diaries from 1841-1844. During the 30 months covered by the diaries, Leichhardt arrives in Australia as a diligent student from the lower strata of Prussian society without connections, capital or prospects; and by the closing passages he reveals his intentions to mount the first expedition across the north-eastern quarter of the continent. The diaries reveal how Leichhardt navigated his way through Sydney society and then found his confidence as a scientific traveller, along the way a... View more info