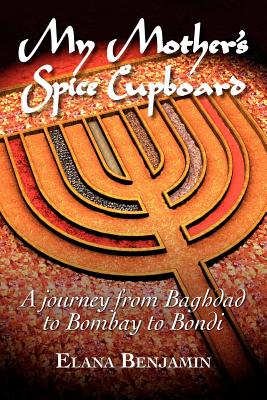 My Mother's Spice Cupboard: A Journey from Baghdad to Bombay to Bondi

My Mother's Spice Cupboard is the true story of the author's Sephardi Jewish family's migration from Baghdad to Bombay (now Mumbai) to Sydney. Unlike most other Australian Jews, her parents were born and grew up in Bombay, and her grandparents came from Iraq, Burma and India. Her father's family immigrated to Sydney, her mother's to Los Angeles, both in the 1960s. They married in Sydney and raised their family there, alongside the father's many brothers and sisters and members of their former Bombay community. Despite being Jewish, her upbringing was greatly influenced by the food, language an... View more info