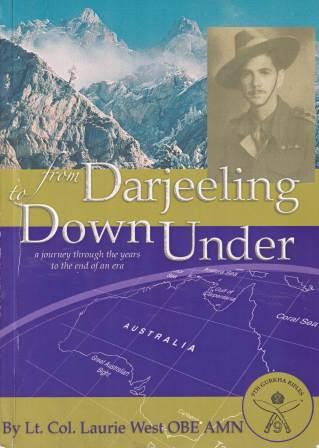 From Darjeeling to Down Under : A Journey Through the Years to the End of an Era [used book] [hard to get]

Laurie West was born in India where his father was serving in the British Army, his Regiment being the Royal West Kents. On leaving school he was employed by the Burmah Oil Company. During the War he served with the Gurkha Rifles, saw action in Malaya and was a POW in Changi and worked on the Burma Railway. After the War he migrated to Australia in 1949. In 1952 he returned to Malaya to help in the organisation, training and arming of the local Home Guard during the Communist Emergency. He completed services int he rank of Lt. Colonel and was awarded the OBE and the Malayan AMN (Alhi Mang...
View More...