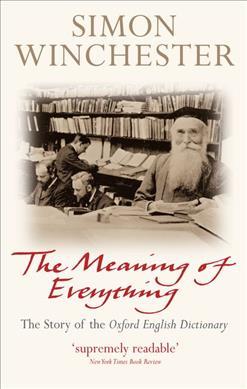 The Meaning of Everything : The Story of the Oxford English Dictionary

'The greatest enterprise of its kind in history,' was the verdict of British prime minister Stanley Baldwin in June 1928 when The Oxford English Dictionary was finally published. With its 15,490 pages and nearly two million quotations, it was indeed a monumental achievement, gleaned from the efforts of hundreds of ordinary and extraordinary people who made it their mission to catalogue the English language in its entirety. In The Meaning of Everything, Simon Winchester celebrates this remarkable feat, and the fascinating characters who played such a vital part in its execution, from the col... View more info