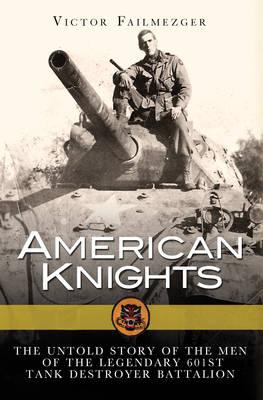 American Knights: The Untold Story of the Men of the Legendary 601st Tank Destroyer Battalion

As the war swung in the favor of the Allies, it became clear that no final defeat of the Third Reich would be possible until the armored monsters of the Panzerwaffe were defeated. But who would, or even could, take on the mighty Tigers and Panthers, just a handful of whom could stop entire formations in their tracks? The answer lay with the formation of a new type of unit, the Tank Destroyer Battalion. This is the story of the men and machines who made up the very first Tank Destroyer Battalion, the 601st, from their unique training and formation, to the final, desperate battles in the heart o... View more info