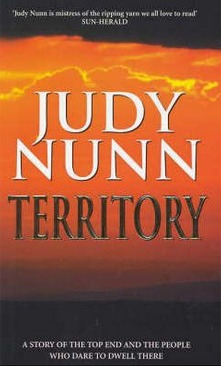 A breathtaking story of disaster, courage and passion and that Top End spirit that never says die. Territory is the story of Henrietta Southern, a young Englishwoman who trades her war-torn homeland for a place of wild tropical storms and searing heat, crocodile-infested rivers and barren red wilderness. Six months after the bombing of Darwin, she joins her new husband, Spitfire pilot Terence Galloway, for a new life on his Northern Territory cattle station. It is also the story of their sons. Of Malcolm and Kit, two brothers who grow up in the harsh but beautiful environment, and share a bapt... View more info 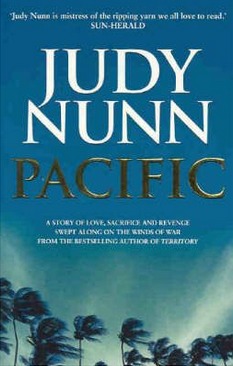 Novel set in the South Pacific island of Vanuatu which explores the lives of two women from different eras. Samantha Lindsay is an Australian actress who has been given the lead role in a World War II epic. Samantha plays a character based on the life of 'Mamma Tack,' a World Way II heroine. Samantha feels compelled to find out who the real 'Mamma Tack' was, and in solving this mystery makes some important discoveries about herself. Author is a stage actor and television star whose previous novels include 'The Glitter Game', 'Centre Stage' and 'Territory'. View more info 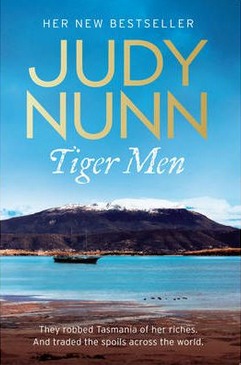 'This town is full of tiger men,' Dan said. 'Just look around you. The merchants, the builders, the bankers, the company men, they're all out for what they can get. This is a tiger town, Mick, a place at the bottom of the world where God turns a blind eye to pillage and plunder.' Van Diemen's Land was an island of stark contrasts; a harsh penal colony, an English idyll for its landed gentry, and an island so rich in natural resources it was a profiteer's paradise. Its capital Hobart Town had its contrasts too; the wealthy elite in their sandstone mansions, the exploited poor in the notorious... View more info 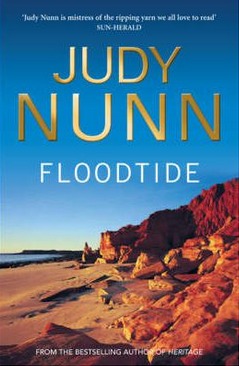 'There is a tide in the affairs of men which, if taken at the flood, leads on to fortune;' Julius Caesar, William Shakespeare. Judy Nunn's ninth novel, Floodtide, is a brilliant picture of life in the 'Iron Ore State', Western Australia. It follows a journey from the idyllic, carefree 1950s, through the mineral strikes of the 1970s when vast wealth is acquired and men become powerful beyond their dreams. The avarice of the 1980s sees a new breed arise, and the 90's issues in an age when innocence is lost. The mighty State is brought to its knees by greed, lust, and corruption of such magnitude... View more info

It was a time when refugees seized with both hands the chance for freedom; a time when people of more than seventy nations gathered beneath the Southern Cross to forge a new national identity. From war-torn Europe, they came to the mountains of Australia to realise one man's dream, and in so doing realised their own. The mighty Snowy Mountains Hydro-Electric Scheme, regarded by many as the greatest engineering feat of the 20th Century, was built with pride from the sweat and blood of displaced people. They were called New Australians.One was 'Lucky', a German Jew seeking refuge in Australia af... View more info 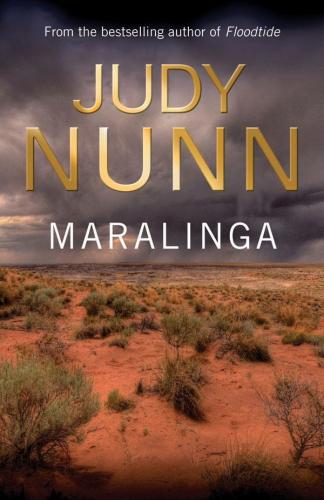 During the darkest days of the Cold War, in the remote wilderness of a South Australian desert, the future of an infant nation is being decided - without its people's knowledge. A British airbase in the middle of nowhere; an atomic weapons testing ground; an army of raw youth led by powerful, ambitious men - a cocktail for disaster. Such is Maralinga in the spring of 1956. Maralinga is a story of British Lieutenant Daniel Gardiner, who accepts a twelve-month posting to the wilds of South Australia on a promise of rapid promotion; Harold Dartleigh, deputy director of MI-6 and his undercover o... View more info 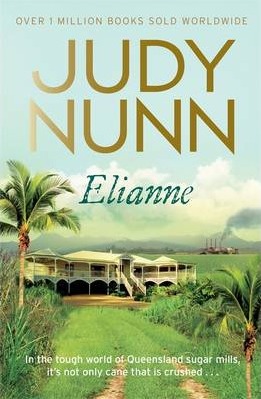 Judy Nunn has sold over one million books worldwide. Elianne, her no.1 bestseller, is a sweeping story of wealth, power, privilege and betrayal, set on a grand sugar cane plantation in Queensland. In the tough world of Queensland sugar mills, it's not only cane that is crushed ... In 1881 'Big Jim' Durham ruthlessly creates for Elianne Desmarais, his young French wife, the finest of the great sugar mills of the Southern Queensland cane fields, and names it in her honour. The massive estate becomes a self-sufficient fortress and home to hundreds of workers, but 'Elianne' and the Durham... View more info 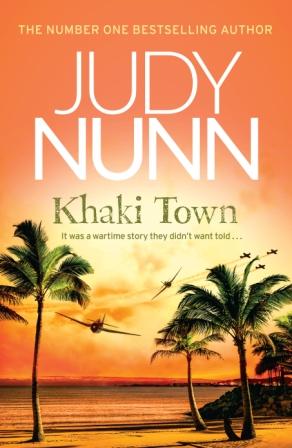 Khaki Town, Judy Nunn's exciting new novel, is inspired by a true wartime story that has remained a well-kept secret for over seventy years. It seems to have happened overnight, Val thought . How extraordinary. We've become a khaki town. It's March 1942. Singapore has fallen. Darwin has been bombed. Australia is on the brink of being invaded by the Imperial Japanese Forces. And Val Callahan, publican of The Brown's Hotel in Townsville, could not be happier as she contemplates the fortune she's making from lonely, thirsty soldiers. Overnight the small Queensland city is transformed int... View more info

In Judy Nunn's latest compelling novel, compassion meets bigotry, hatred meets love, and ultimately despair meets hope on the windswept shores of Australia. On a barren island off the coast of Western Australia, a rickety wooden dinghy runs aground. Aboard are nine people who have no idea where they are. Strangers before the violent storm that tore their vessel apart, the instinct to survive has seen them bond during their days adrift on a vast and merciless ocean. Fate has cast them ashore with only one thing in common . . . fear. Rassen the doctor, Massoud the student, the child Hamid ... View more info 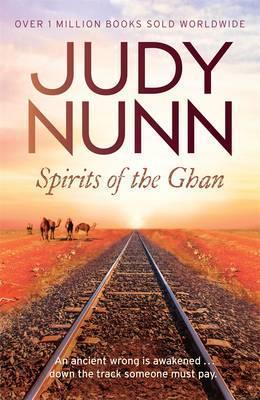 Spirits of the Ghan [used book]

Master storyteller Judy Nunn has now sold over 1 million books worldwide. In her spellbinding new bestseller she takes us on a breathtaking journey deep into the red heart of Australia. It is 2001 and as the world charges into the new Millennium, a century-old dream is about to be realised in the Red Centre of Australia: the completion of the mighty Ghan railway, a long-lived vision to create the 'backbone of the continent', a line that will finally link Adelaide with the Top End. But construction of the final leg between Alice Springs and Darwin will not be without its complications, for mu... View more info 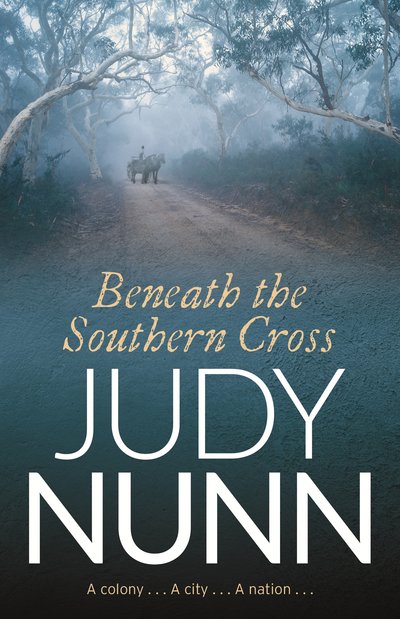 Beneath The Southern Cross [used book]

Epic story of three generations in Australia, beginning with a young man transported there as a felon and continuing to modern times. "(He) fathers a dynasty that will last beyond two hundred years. His descendants play their part in the forging of a nation, but internal strife and the privileges of wealth see an irreparable rift in the family. Driven by passion, greed and prejudice, this rift will echo through generations." View more info 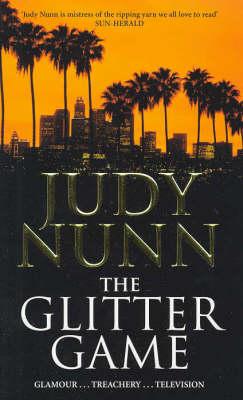 Judy Nunn's bestselling debut, set in the steamy, cut-throat world of television. Edwina Dawling is the golden girl of Australian television. The former pop singer is now the country's most popular actress, an international star thanks to the hit TV soap The Glitter Game. But behind the seductive glamour of television is a cutthroat world where careers are made or destroyed with a word in the right ear ... or a night in the right bed. Where success breeds envy and corruption, concealed in the flashing smiles at every premier event, every party. Only the ruthless make it to the top. And, as Edw... View more info 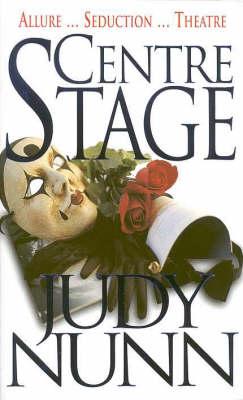 Stars shine on centre stage. But what secrets lie hidden in the wings? Alex Rainford has it all. He's sexy, charismatic and adored by fans the world over. But he is not all he seems. What spectre from the past is driving him ever closer to evil? And who will fall under his spell along the way? Madeleine Frances, beautiful stage and screen actress. Years before she escaped Alex's fatal charm, but now she is forced to confront him once again ... and reveal her devastating secret. Susannah Wright, the finest classical actress of her generation. Not even her awesome talent can save her fr... View more info 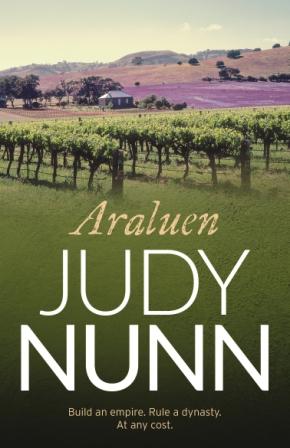 A spell-binding, multi-generational novel, set in the ruthless world of movie-making. On a blistering hot day in 1850, George and Richard Ross take their first steps on Australian soil after three long months at sea. All they have is each other, and a quarterly remittance from their irate father who has banished them to the Colonies. A decade on, and the brothers are the owners of successful vineyard, Araluen, nestled in a beautiful green valley not far from Adelaide. Now a successful businessman, George has laid down the roots of his own Ross dynasty, born of the New World. But building a fam... View more info 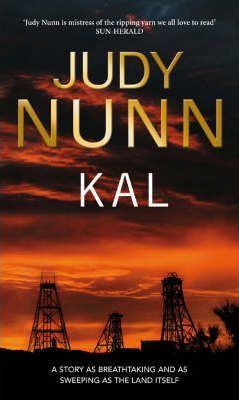 Kalgoorlie. They called it Kal. It grew out of the red dust of the desert over the world's richest vein of gold. And like the gold it guarded, Kalgoorlie was a magnet to anyone with a sense of adventure, anyone who could dream. In a story as breathtaking and as sweeping as the land itself, bestselling author Judy Nunn brings Kal magically to life through the lives of two families, one Australian and one Italian. The Australian family are the Brearleys: Maudie, who runs the miners' pub, her husband 'Flash Harry', and his young son, Jack. The Italian family are the Giannis, railway workers from ... View more info