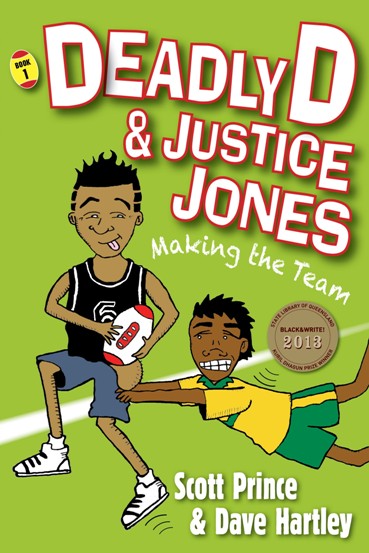 Eleven-year-old Dylan has to move from Mt Isa to Brisbane and hes not happy. But as soon as he gets to Flatwater State School he finds a former Mount Isa Miners footy supporter in his principal and a Broncos tragic as a teacher. He also makes a friend in Justice Jones and an enemy in Jared Knutz. Dylan is cursed with an abnormality transforming him into a fully-grown man whenever he gets angry. Always a worry, the curse proves to be a blessing in the city when his alter ego attracts the interest of the Broncos during a class excursion to watch the team train. Dylan becomes Deadly D a star play...
View More... 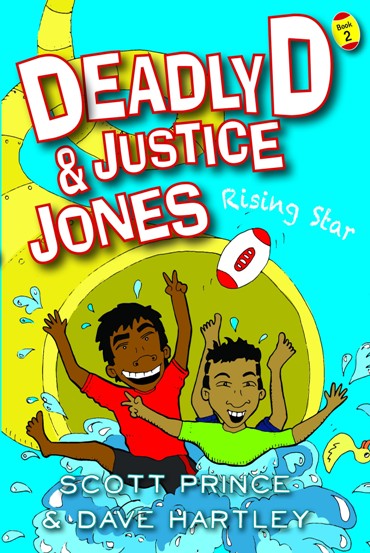 Age range 7-14. Deadly D and Justice Jones return in their most exciting and funny story yet! The action-packed, rugby league adventures of Deadly D and Justice Jones just got a whole lot deadlier. As Deadly D continues to be the NRLs hottest superstar, Dylan's secret has fallen into the hands of a nasty newspaper reporter who cant wait to tell the world! How will Dylan and Justice stop the curse from being revealed? If you liked the first book, this story will get you lacing up your footy boots again!
View More... 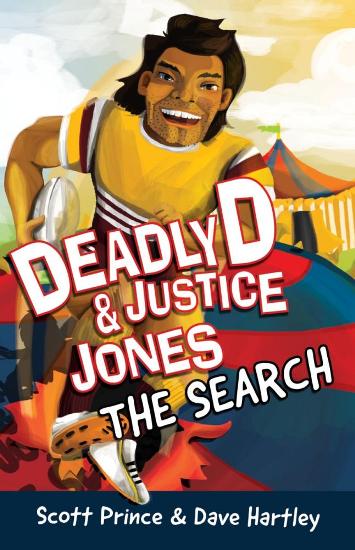 Age range 7-14. This third installment in the Deadly D series is another page-turning adventure story that sees Dylan and his loyal friend, Justice Jones, desperately trying to keep the secret of Deadly D from being revealed to the world. But is it time for Dylan to fess up to his mother about how he has been using his superhero powers? What will the Brisbane Broncos do if Deadly D doesn't return? And why are Dylan and Justice Jones being pursued by Socks and Jocks, two mysterious clowns who work for the villainous Ringmaster? Join the boys in a fantastic nail-biting orange-van ride as they un...
View More...